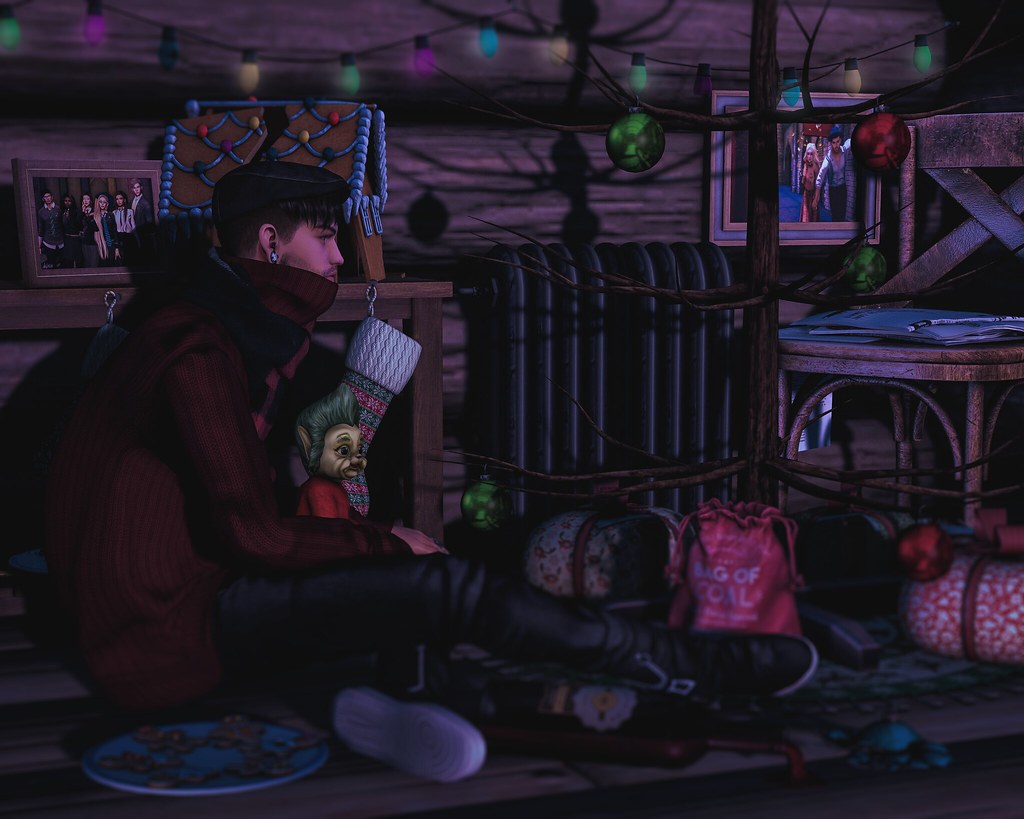 Memories etched upon the Sixth Year Slytherin’s mind of happier Christmases, and he had high hopes for these holidays. His fear of attending “nutrition camp” during the winter break, led him to find solace at his Nan’s cottage opposed to his parents. Nan led a lively life, often having poker nights with her girls that involved fine elf wine and shots of fire whiskey.

It is during one of her adventures on Christmas Eve that had Rylan decide to bake Father Christmas some cookies. While not as daft as some might think, he did have a penchant of losing track of time. Thus, two hours later, those cookies were burnt, the Christmas tree had burned down, the gingerbread tree had fallen and the few gifts he had received were torn at the wrappings.

With only a baby grinch stuffy and photographs of his friends and his girlfriend to comfort him, Rylan waited for the arrival of Father Christmas.

Thankfully, it was but an awful, bad, horrible Christmas Nightmare, as the Slytherin woke up in his dormitory with two weeks still left at Hogwarts until winter break.